The University of Bath has launched their new Pall Mall base in London as part of their long-standing commitment to innovation and outreach.

With the university’s new Pall Mall base, they hope to create a platform for engagement with Whitehall and Westminster on major public policy challenges. They claim the centre will facilitate interaction with senior contacts across commerce and industry and enable them to offer successful Executive Education programmes in the capital.

The University of Bath have said that they plan to build on existing relationships with organisations and look forward to creating new partnerships; and that this new centre will enable people across the University to better engage with individuals and organisations in London. In addition to this, they’re hoping that the new centre will enhance their place as one of the UK’s leading universities for research, teaching and learning.

UKIP’s Science Spokesman, Dr Julia Reid MEP, who graduated from The University of Bath with an Honours Degree in Biochemistry before receiving her PhD in Pharmacology, was among the alumni who attended the launch of the new centre.

Following the event, Dr Reid said: “As the face of the University of Bath in London, this centre will help to build invaluable relationships across a broad range of government, public sector and corporate organisations.”

“The new centre’s prestigious locale in Pall Mall, London, will undoubtedly make it easier for the University of Bath to attract foreign investors and open up new opportunities for international research collaboration.

“With this in mind, it’s almost certain that the new centre will propel an already world-class institution further up the university rankings.” 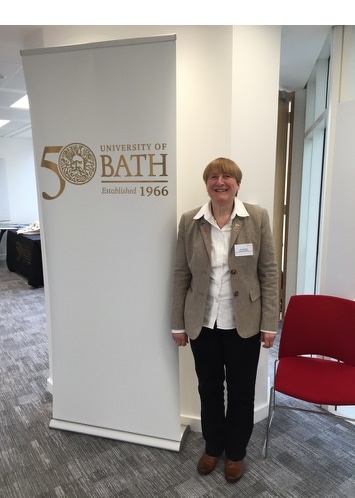 One step closer to making June 23rd a national holiday!