Despite the urgent need for more nurses, we’re now training less than we did last year

Despite the urgent need for more nurses, we’re now training less than we did last year

Figures from the university admissions service, UCAS, have revealed an 18 percent reduction in nursing applications this year (the largest fall on record).  In addition to this, the end of cycle report for 2017 revealed that the number of applicants accepted into nursing training courses this year decreased by 0.9% when compared to the previous year.

Responding to the report, Dr Julia Reid MEP said: “During the former Chancellor’s spending review, and the 2015 Autumn statement speech, George Osborne told the British people that, in abolishing the bursary, they will create up to 10,000 new training places by the end of the parliamentary term (then 2020).

“Therefore, it’s not completely unreasonable to expect an incremental increase in nurse training every year until they eventually meet their target in 2020.

“And yet, instead of seeing an increase in the number of nurses starting their training in England this year, we actually have seven hundred fewer than we did the previous year. It’s not a good start; especially considering that we still had at least 36,000 unfilled nursing vacancies in NHS trusts and foundation trusts at the end of September this year.

“If the Tories were serious about increasing the number training spaces available for nurses then they would have made a start already.

“It’s time to end this disastrous policy and re-instate the bursaries. There is no good reason why our nurses should be graduating with up to £50,000 worth of debt.” 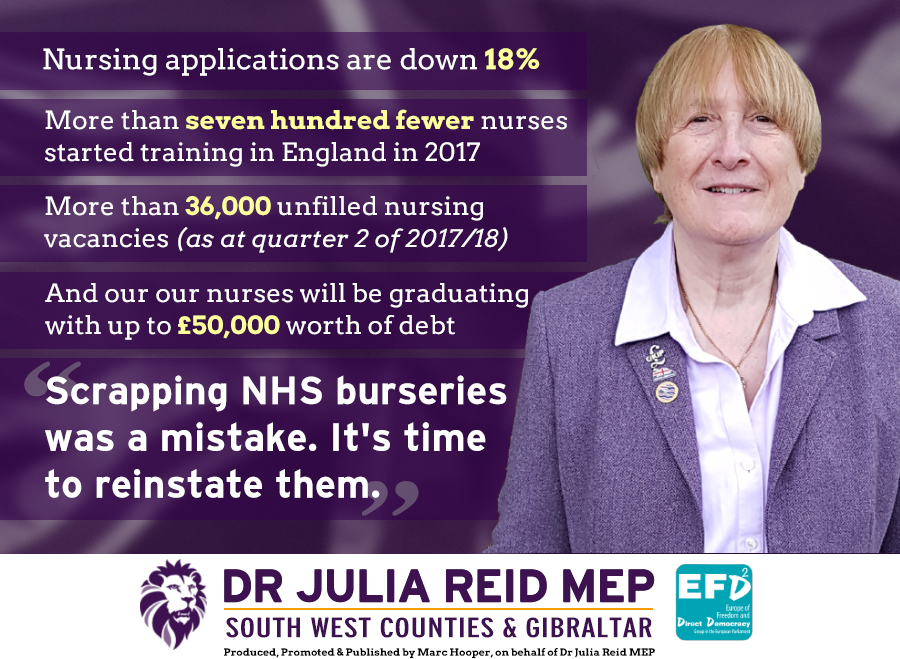 Budget 2017: NHS will get emergency cash injection of £2.8bn, but it may not be enough.