A company director at Thompson Waste Recycling has been jailed for six months for putting Scunthorpe residents at risk of water and air pollution following an Environment Agency prosecution.

The state of the site was uncovered during a sizeable fire at the unlicensed domestic recycling plant back in May of 2014. It was reported that the fire put fumes into the air for nearby industrial estate workers to breathe and there was a threat of toxins leaking into the water table where the site had become drenched in water.

In passing sentence, the judge said there had been a ‘deliberate flouting’ of environmental regulations by the defendant. The judge also found that there had been attempts to conceal the illegal activity.

The charges brought by the Agency suggested that the defendant had breached section 33(1)(c) and section 157(1) of the Environmental Protection Act 1990, regarding the storage of controlled waste in a manner likely to cause pollution to the environment. 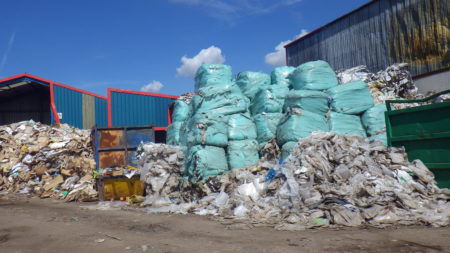 Gibraltar let down by Labour, Green and Liberal Democrat MEPs